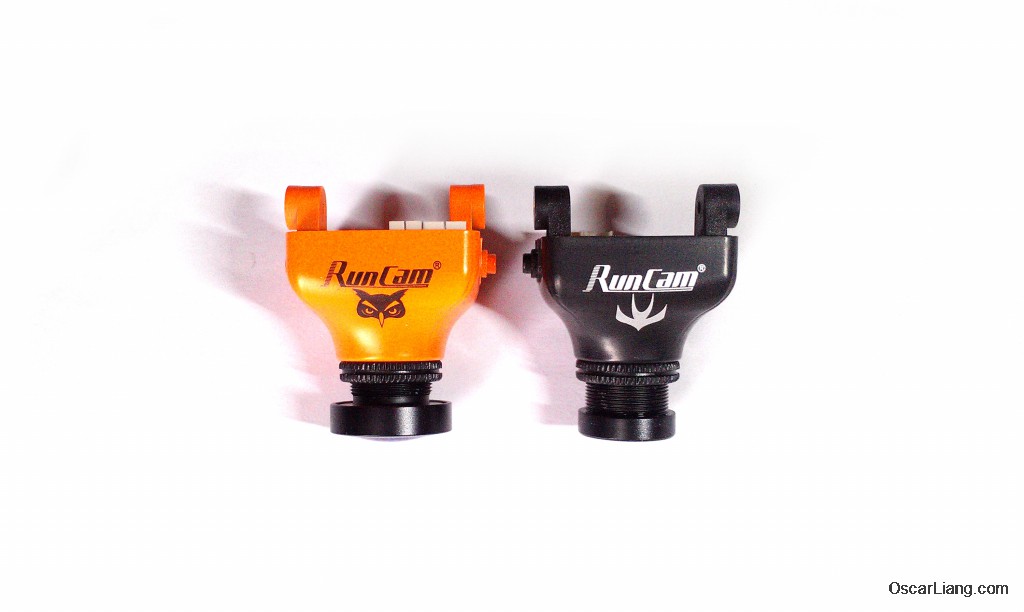 If you are into FPV flying at night, then you might want to check out this new OWL Plus Starlight FPV camera from Runcam.

Get your Runcam OWL Plus FPV camera from here.

The New Owl Plus FPV camera is improved from the Owl we reviewed previously. It has similar capability and performance, but with the following advantages: 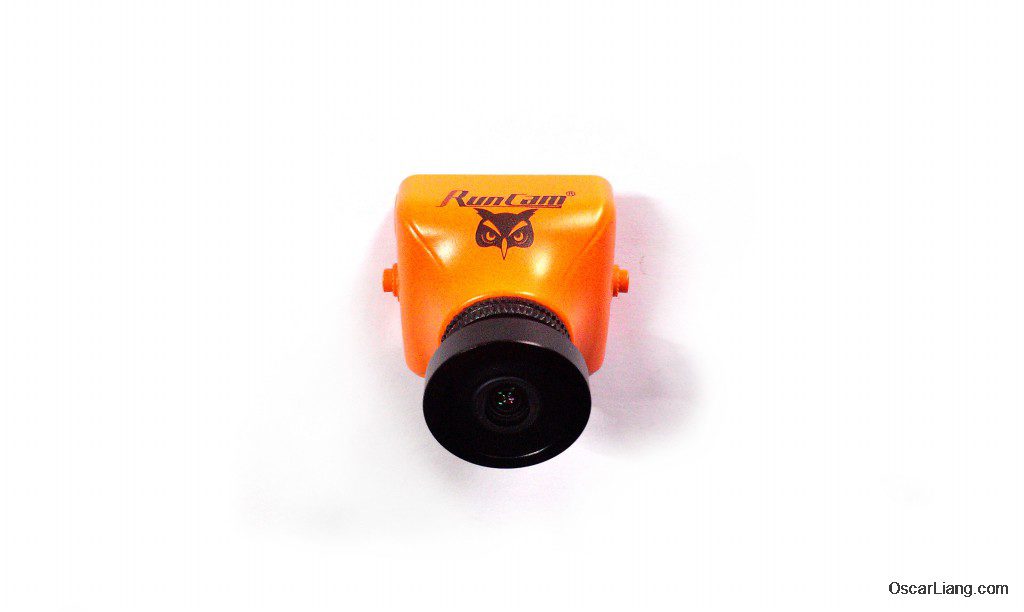 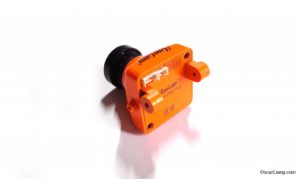 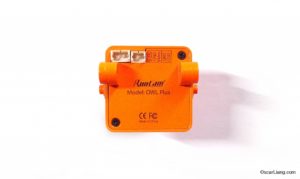 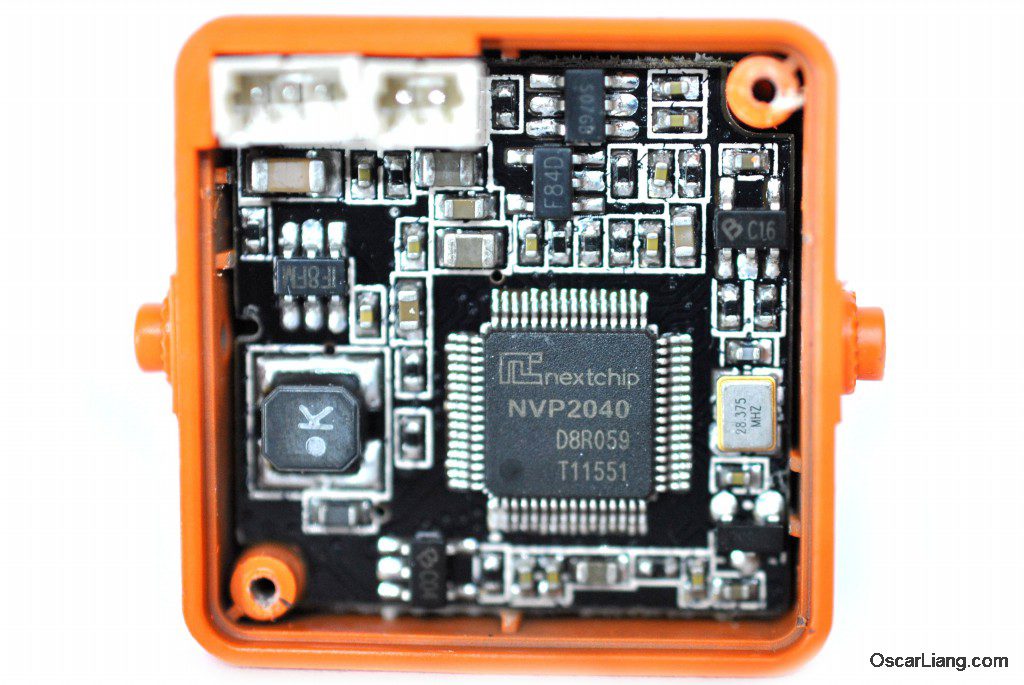 What’s in the box

Accessories that come with the camera including: 2 camera mounts, 1 AV cable, 1 power/signal cable, 1 OSD menu control, 1 back plate and some M2 bolts and nuts. 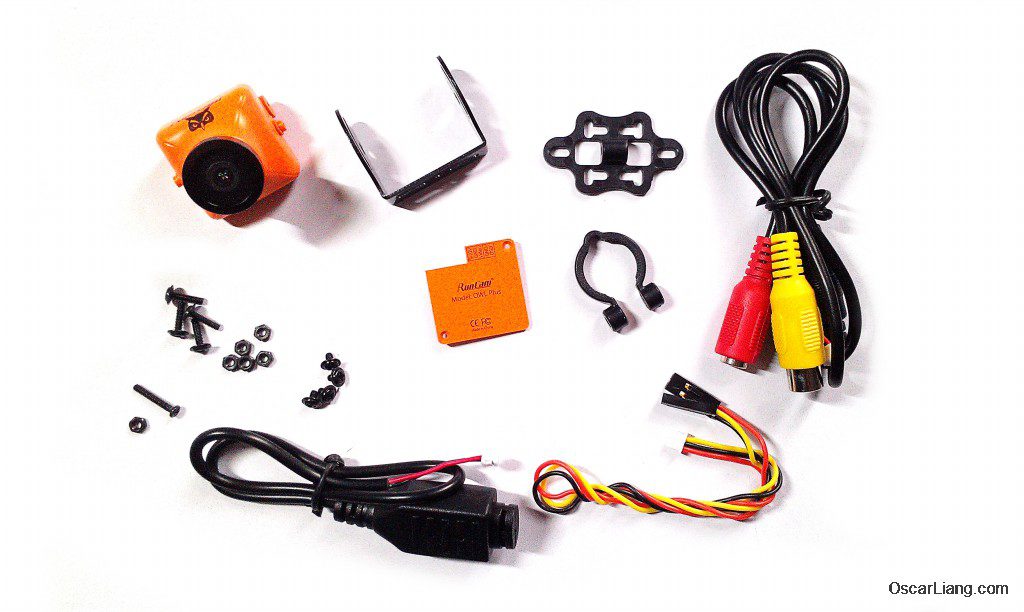 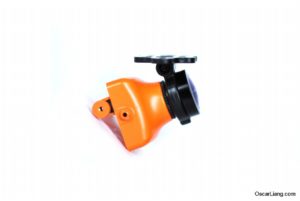 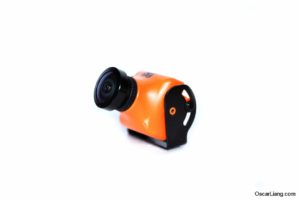 I am comparing the performance of the Owl Plus with a normal FPV camera (in this case, the Swift), just to see how they perform during day and night time. Both cameras are using default settings (with DWR on).

This test is not to prove one is better than the other, each camera should be used at different situation. 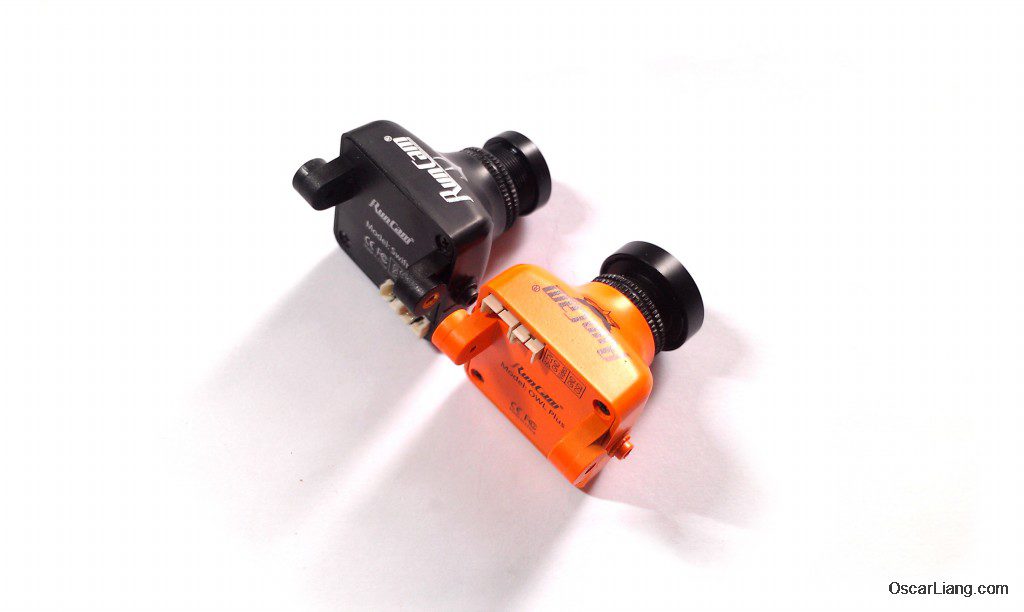 The Owl Plus worked great at low light, even at extreme darkness the image was still visible. The Runcam Swift enters black and white mode much earlier than the Owl Plus.

The Swift I got is an IR Sensitive version, so it actually worked pretty well in the dark.

However with default settings, it didn’t work that well in day light, dynamic range is not as good as other normal FPV cameras such as the Runcam Swift (although WDR was tuned on). I will play with the settings see if I can make it work better for day light in later tests.

If you want to see even better in the dark, have a look at this project how we added IR LED in front of the copter to improve visibility, yet doesn’t bother other humans :)

I also tested the delay on the camera, and it’s about the same as the Swift, maybe just a little bit more but hardly noticeable.

Check out other reviews

Also check out Bjoern’s review on this camera, the article is in German, and he did a good job in testing the camera on his mini quad. He was very kind to share some really good pictures with me for this review. 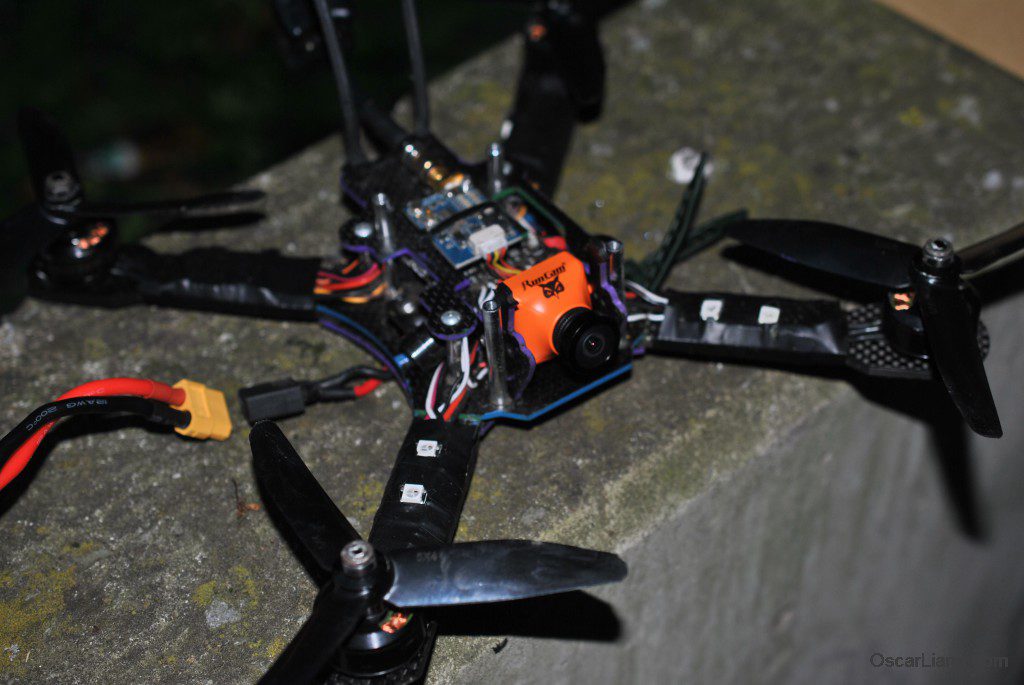 Will the Owl Plus work on a Phantom DJI 3. I’m very new to drones but experienced in night vision. By the way the Owl Plus (with the IR sensitive lens – no IR filter) works very well with an IR source.

You could mount this camera to your phantom. Although unless you know much about electronics on printed circuit boards and have good welding a ability, you’re going to need to add an external power source and a video transmitter for the camera. Also I don’t reccoment messing with the phantoms circuit board just becusse I wouldn’t want to mess with their system. Much more complicated than a simple mini quad. They have barometers, gps positioning and sometimes ultrasonic sensors

So if I want the best camera for night flying, shall i go for OWL 700TVL Starlight or the OWL PLUS?

I would go for the Owl plus as you can change settings!

Did you ever get some decent daylight settings working? I maidened mine during the day yesterday. When the sun was out it seemed fine but when a cloud would cover it was really bad, everything went dark

Mine was also ok in the sun but it started to cloud up with a storm front and dark clouds and was unuseable. almost completly black video feed. I also noticed the screen has a quick flashes white when going from light to dark and black when going from dark to light. I ran through all the settings and could not get it to go away. I will be returning mine. I was looking for an all around day dusk cam. This is not it.

I like how no one has answered Matt. I’m guessing the answer is NO!

I bought into the hype and switched both of my quads to the Owl Plus. I’ve been messing around with settings, but I think it sucks pretty bad except for night flying. I noticed the same thing when the clouds rolled in or flying through trees – everything would go dark and would take awhile to adjust. I was on the Runcam site and they offer an IR sensitive lens which I think I might try. I know it’ll look more washed out in daytime, but I think it would not darken up as much as the light changes.

One of my cameras shows a lot of oscillations in bright light. I thought it was the tune of my quad, but I switched back to a HS1177 and the oscillations went away.

For night flying, the camera is very good. I was trying to get a “do-it-all” camera, but I don’t think that’s possible. I think you need to have a separate night time and day time set up for the best optics.

Hi Oscar, you mention to pair this with IR light for better visibility at night but the runcam website lists the camera as being IR blocked. So this would not work without some modification. The question is if the ir filter is in camera or in lens, as lens is easy to swap out.

Just a quick question is the runcam owl is still not a ccd camera, judging by the video online. Any clarification would be appreciated if possible.

it is a CCD camera i think, it’s just how light is handled because it’s designed for night flying… i think it can be tuned better for day time flying too I just need to spend sometime play with it.

Nice!
I also will need some sunshine to test the cam outside versus the PZ0420M/Swift…
There is still much to improve due to I also only tested with the default settings of the OWL-PLUS.
But I look much more chilled to autumn and winter now due to the performance in darker
areas :)
Thanks for linking me (even there isn’t so much content yet but I am working on!)
Kind regards from germany buddy!

you are welcome, you deserve it :) I can tell you are putting a lot of efforts into what you do :)