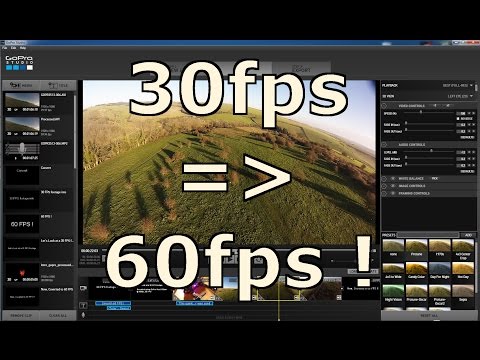 I am very impressed by how well 60fps recording works in Youtube and Vimeo, a increasingly popular feature that comes with the new GoPro Hero 4 cameras and GoPro Hero 3+ Black edition. You can tell straight away it’s 60fps and not 30fps when watching in HD, it’s a lot smoother. In this post, I will show you how to convert 30fps footage into “real” 60fps. By “real” I mean not only the increase in frame rate number, but you will also notice the improvement in video quality.

Check out our guide on how to choose a good HD camera for mini quad.

I have the GoPro Hero 3 Silver which is more than 2 years old, the best recording resolution it can do is 1080p @ 30fps. I usually use it on my quadcopters for FPV flying, so there is always a danger of breaking my onboard camera. This is also why I have been reluctant to upgrade to a newer version of GoPro camera. This is why I have this idea of turning 30fps footage into 60fps using GoPro Flux. Actually there are more to why I didn’t upgrade to GoPro Hero4.

This is a ghetto way of achieving 60fps footage. You can also use this technique on footage from other lower end cameras such as the Mobius. Please note that this is not saying the converted video will definitely look as good as videos recorded at 60fps, or definitely look better than the original 30fps footage. You should give that a try and decide by yourself. 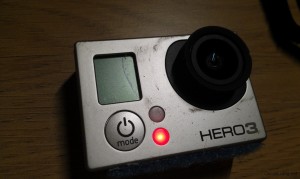 If you don’t know what GoPro Flux is yet, basically it’s a new feature in GoPro Studio, which allows users to improve slow motion footage quality. See my introduction to GoPro Studio Flux and you will see what it can do.

Basically the idea is to create an extra frame between every two frames in the original 30fps video, so we get 60fps. In practical term, we first slow down the video by 50 percent, the frame rate is now 15fps and you will realize the video is choppy. Then I apply flux to create the missing frame so it’s back to 30fps again, and it’s smoother. Finally by speeding it up back to 100% play speed, we literally squeeze 60 frames in one second, so we now get a smooth 60fps video! That’s just how it works, it’s a little different when I actually do it in GoPro Studio, so pay attention to detail. Flux is good but it’s not perfect, therefore you might notice some strange undesirable effects in the video.

First part of this video is the result demo, and comparison to the original 30fps footage. Second part of the video is the step by step how to tutorial. 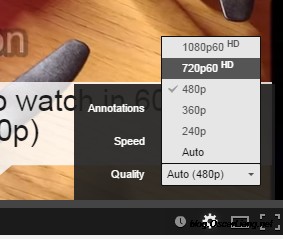 Here are the instructions in words.

RCTV-UK did a simple analysis pointing out the converted 60fps image look a bit softer than the original. That is possibly caused by the all the video processing. 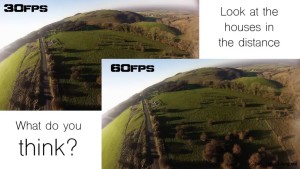 I learned an effective tool that features the function of change video frame rate from this guide (videograbber.net/convert-video-60fps.html ). It is also equipped with a video editor that offers multiple editing options.

For Mac OSX – The Software does not allow to speed up by 1x. It says, “The value 1 is too small. Please provide a valid value. The options provided: Discard Changes & OK.
What can I do?

Wonderful demo.
Can flux slows down footage at 60 pfs from DSLR or other video camera?
Appreciate for your response.
Kiran

it should work on any footage that is supported by GoPro studio.

it didn’t even started converting in the step 2 lol I did it with After Effects.

Hi Oscar, could you tell me if i could use a go pro or another action camera as my main fpv camera in my qav 250??

Hi Bill, yes you can. Gopro, Mobius they both have video out that you can connect to your VTX.