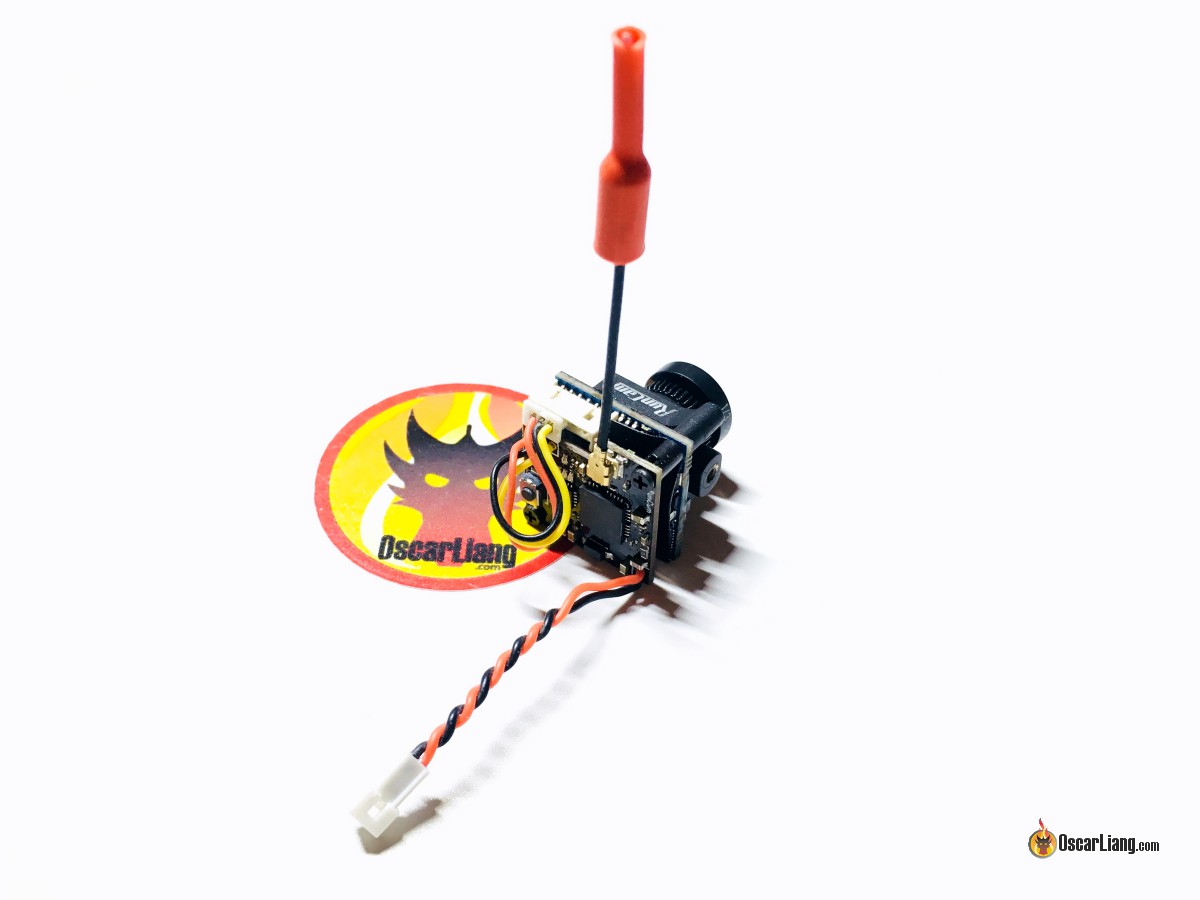 This week I received a new product from Runcam to try out, their first video transmitter – the Runcam TX200 VTX. It’s super light weight and it’s designed specifically for the Micro Swift 2 camera.

Learn about how to choose a VTX for mini quad in this article. 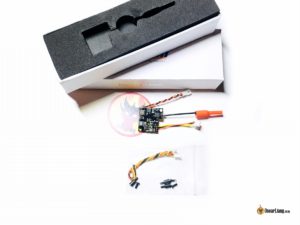 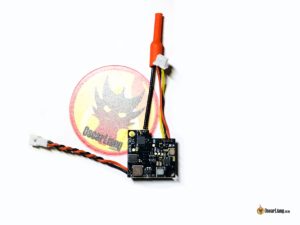 The Runcam TX200 is a very simple and plain VTX, there is only one button to change channel, band and power, and some LED’s indicating what settings the VTX is on. 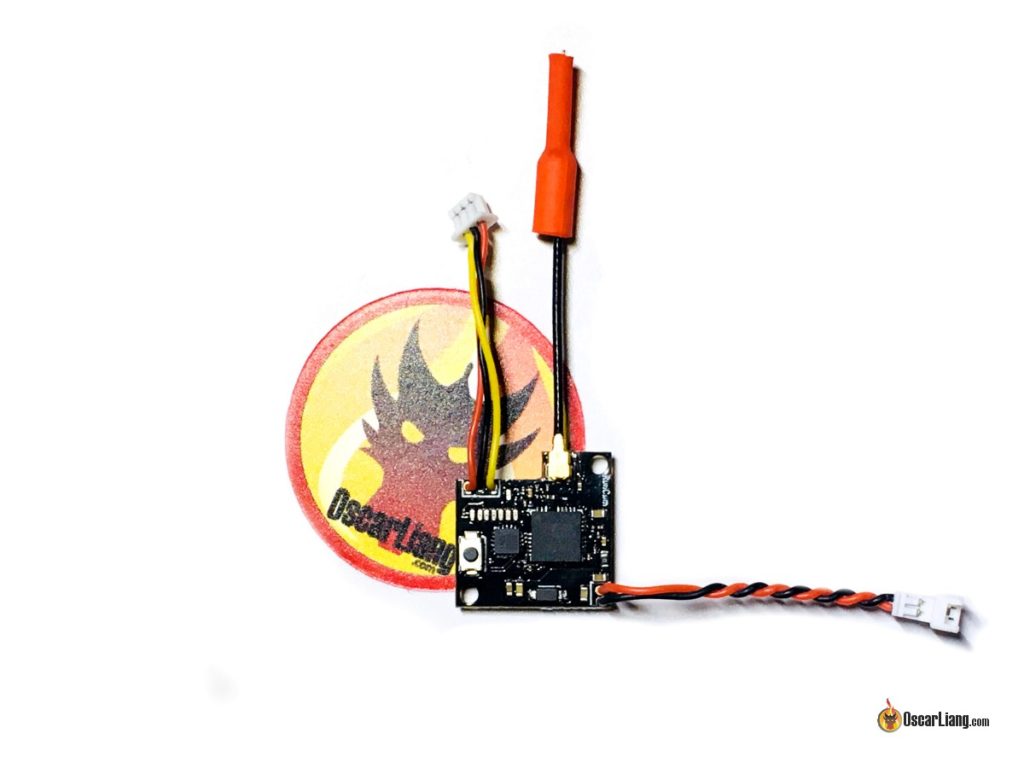 The VTX is built on a 19x19mm square PCB and it can be mounted directly on the back of a Micro Swift or Micro swift 2 with the provided standoffs and screws.

You can use this VTX as a standalone VTX too if you wish. It’s actually even smaller/lighter than the Eachine VTX03 we featured in our top VTX list.

The standoffs leave a gap between the camera and VTX PCB’s, allows for airflow and better cooling. 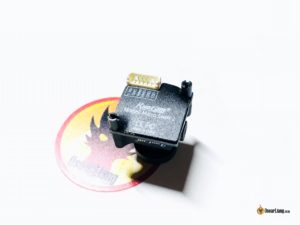 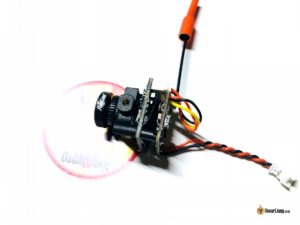 The camera & VTX combo weighs at only 9g! 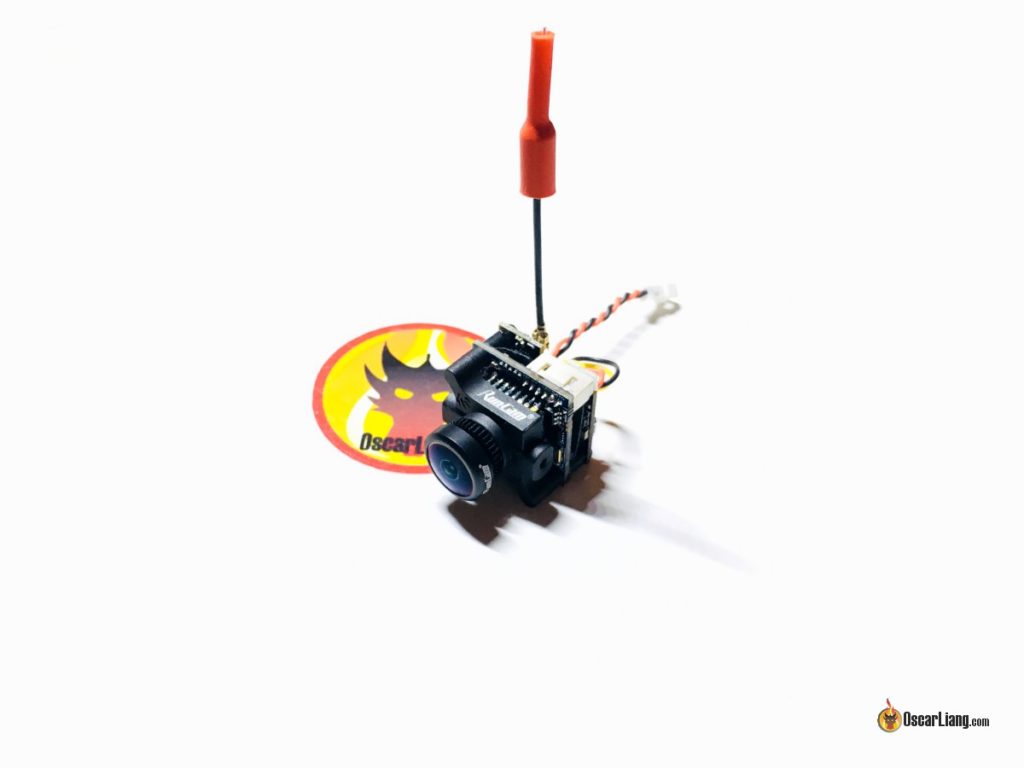 The cable on the VTX can be connected to any FPV camera directly. The VTX has a 5V BEC rated at 250mA, should be enough for powering most FPV cameras out there (I checked with a 1S battery, and the VTX still gives out 5V even when input voltage is lower than 5V so that’s great!).

The TX200 seems to be designed specifically for the Micro Swift 2, they just fit perfectly! However I will have to replace these cables and connect the VTX and camera to my flight controller individually in order to use Betaflight OSD. 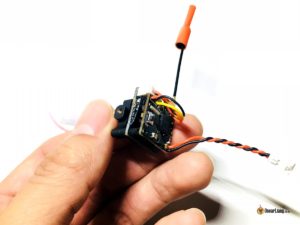 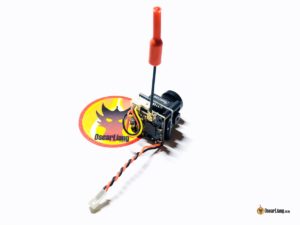 I found it also fits on the back of a Swift Mini, but you will need some special screws and standoffs because of the different camera housing. 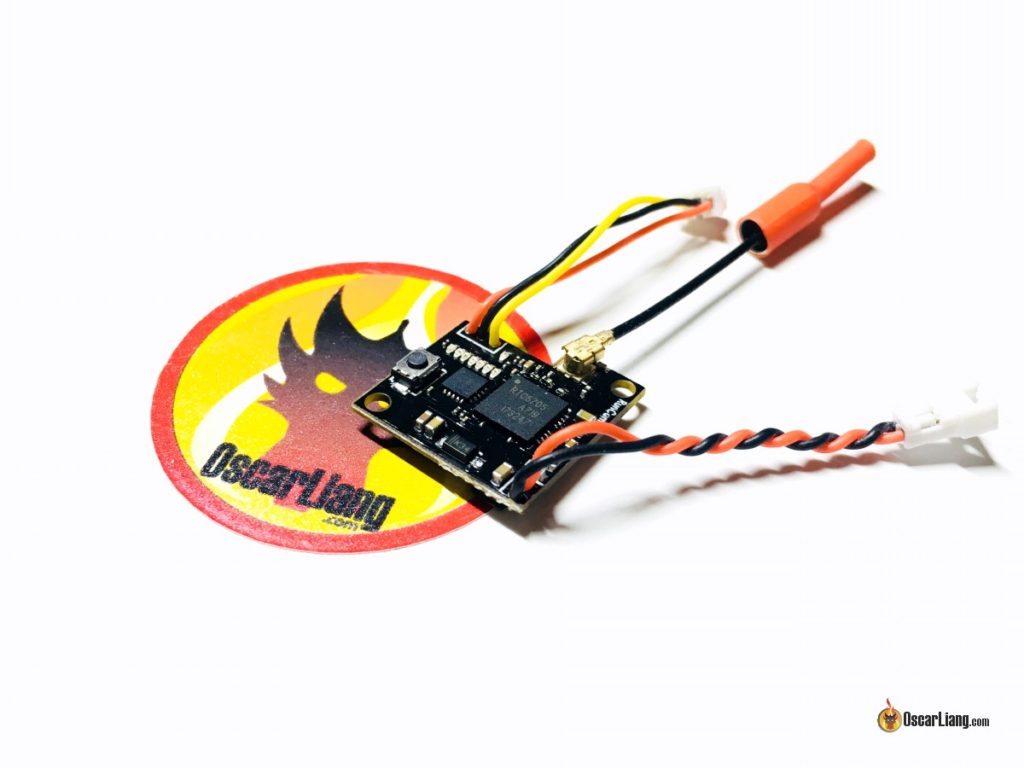 Interestingly, this VTX comes with “lock mode” enabled by default, which means it’s limited to 25mW, and the channels available are all within 5725MHz to 5875MHz. However, you can unlock the VTX in order to use 200mW and the rest of the channels.

This is a really cool feature to ensure Runcam’s VTX can be legally used out of the box.

I think it would make sense to remove L band completely because all the channels in this band are outside of the HAM band (5650MHz to 5925MHz) and they are illegal to use in most countries around the world.

You can power this VTX with a 1S Lipo battery, but I probably wouldn’t use this VTX on a 1S micro quad. Same reason as the Runcam Nano Camera, the lowest input voltage isn’t low enough. It’s very common on a 1S quad to have voltage sag down to 3.2V or even 3V at times during flight.

In terms of size and weight, the TX200 is not bad at all.

I personally would probably use it on 2S micro quads, or larger models where weight saving is critical.

I put this VTX in my new build – Diatone GT M200, and this VTX performed better than what i expected. See here for the result.

Oscar how is the bleed over? want to use this on my 5″ racer at multigp. will there be any issues with bleedover onto other channels?

L band is even outside of frequency range allowed by HAM license.

Really looking forward to seeing how the picture quality and reception is when you test this.
Thanks Oscar